Weber is president of Virginia-based Write Stuff. He is an award-winning freelance automotive and technical writer and photographer with over two decades of journalism experience. He is an ASE-certified Master Automobile Technician, and has worked on automobiles, trucks and small engines. He is a member of the Society of Automotive Engineers (SAE) and numerous other automotive trade associations. He has worked as an auto mechanic, a shop manager and a regional manager for an automotive service franchise operation.

Confusion continues over coolant colors for cars. Of course, there is still the good old green stuff, but there is also orange, yellow (gold and amber), red, pink, blue and, if you mix the wrong things together, brown.

Despite the rainbow of colors, all antifreeze starts out colorless. Dyes are added to differentiate one brand from another, one formulation from another, and to help us see how much coolant is in that reservoir under the hood. Unfortunately, there is no universal, standardized coolant color code.

The old-fashioned green stuff that we have used in America for generations contains phosphates and silicates for protection. American engines have long had iron blocks with aluminum cylinder heads and water pumps.

Phosphates are good at protecting iron from rusting and silicates are good at protecting aluminum. Silicates work fast and rush to protect aluminum surfaces whenever they are damaged. This is particularly important for water pumps. Left unprotected, bubbles in the coolant cling to the pump’s internal housing surfaces and when the bubbles burst, pock marks develop. The term for this is cavitation. Silicates scurry in to protect newly exposed aluminum from further damage.

When the aluminum erodes, the pump efficiency drops and the pump eventually fails.

Meanwhile, metal particles circulate throughout the rest of the cooling system. High temperatures and high engine speeds lead to more rapid water pump wear than engines that are driven gently.

Phosphates also protect aluminum, but not as rapidly as silicates. Phosphates also do a good job of protecting ferrous metals (iron and steel) from rust. Air in the system is a major contributor to rust — even a little bit of air.

That’s why it is so important to not only check the coolant level in the overflow jug, but at the radiator fill neck. While the cap is off, check that its valves work in both directions. If the vehicle has a pressurized reservoir (with the pressure cap on the jug instead of the radiator), the cooling system tends to stay full and air-free.

DexCool, the stuff that General Motors tells us to put in its engines, contains neither silicates nor phosphates. Instead it uses organic acid technology (OAT) comprising two chemical compounds. This is the common orange coolant, but it should not be used in Chrysler products even though some may have an orange-colored coolant. It is a different formula. The upside of organic acid technology is that these additives last longer — up to five years or 150,000 miles. The downside is that OAT compounds do not rush in to protect exposed metal as quickly. That is one reason Asian carmakers prefer an OAT hybrid containing phosphates.

European carmakers have shunned phosphates because of the particulate precipitation problem we mentioned earlier. Instead, most use an additive package containing a small amount of silicates along with OATs. It’s called a hybrid OAT or HOAT, containing both inorganic and organic compounds. It is known in the industry as G-05. Chrysler and Ford had both adopted G-05 antifreeze, but Chrysler’s was orange while Ford’s was yellow.

In general, you don’t want to combine the coolant types. This is especially true of the old standard green stuff (with phosphates and silicates) intermixed with the newer OAT or HOAT.

In an older engine that calls for the standard green, adding a coolant with organic acid technology dilutes the concentration of phosphates and silicates making the coolant’s metal protection less effective. In a newer engine that requires OAT or HOAT, adding the old green stuff shortens the coolant protection period.

Some shops still think it is OK to drain the long-life coolant from an engine and convert it over to the green stuff, then just revert back to the old two-year/30,000-mile maintenance schedule. This is a bad idea. In the first place, most vehicle owners stretch maintenance intervals and they may forget that you just revised theirs to more frequent maintenance. Second, it is virtually impossible to remove 100% of the old coolant — even if you pull all the block drains and freeze plugs (core hole plugs).

At worst, you will leave about half the old coolant behind with a typical radiator drain which is typical of the do-it-yourselfer who tries to save a buck as the car gets older. At best, you can approach 90% if you drain and fill with clean water three or four times. Even the best flush and fill machines remove just over three-quarters of the old coolant during service.

So far, we have covered a lot of information that is nice to know, but what does all this mean to you and your customers?

If you have a dealership service department, your decision is easy. Just use the stuff specified by the carmaker. That’s what is on the shelf. You can’t go wrong.

If you are an independent, you have to make some decisions. You could stock one, universal, long-life antifreeze. But you may also want to carry the original green stuff, too. For the most part, this will cover your needs. But the shops we talked with overwhelmingly prefer to stock a variety of antifreeze/coolants. The general philosophy is that tying up some money in inventory is far better than a comeback. Some shops that specialize in Asian vehicles go as far as to keep several different products on their shelves. Is it any wonder that Beck/Arnley, a major supplier of import parts and supplies, sells four different part numbers of coolant alone? While you’re at it, stock distilled water and show that you used it on the customer’s invoice. They may respect you for it, and you have taken an additional step to preventing a comeback.

It’s simply “CYA” (cover your assets) and the way many shops roll — at least for now. Someday, there may be a universal antifreeze/coolant. There may be an SAE standard that is adopted worldwide. It would certainly benefit carmakers doing business and building vehicles around the globe. Above all, it would benefit those of us on the front lines of automotive service and repair. Until then, whistle “Somewhere Over the Rainbow” as you work and hope there’s a pot of gold at the end.   ●

On many antifreeze/coolant packages, you may see the designation ASTM D3306. According to ASTM International, formerly known as the American Society for Testing and Materials (ASTM), “This specification covers the requirements for ethylene glycol or propylene glycol base engine coolants used in automobiles or other light duty service cooling systems.”

This specification has nothing to do with the various additive packages added to the base glycol product.
ASTM International is a globally recognized leader in the development and delivery of international voluntary consensus standards. Today, some 12,000 ASTM standards are used around the world to improve product quality, enhance safety, facilitate market access and trade, and build consumer confidence.

Most antifreeze is 95% ethy-lene glycol and 5% additives, and it is the ethylene glycol that is poisonous. Manufacturers of antifreeze are required to clearly post dangers on the label and provide a childproof cap, but if the antifreeze is not disposed of properly, it endangers children and animals that are drawn to the sweet taste.

There are a lot of resources for child poison prevention on the Internet.

Some to keep handy include www.safekids.org and www.poison.org. The National Capital Poison Center number is (800) 222-1222.

If you suspect that a pet has ingested antifreeze, call the American Society for the Prevention of Cruelty to Animals (ASPCA) Animal Poison Control Center hotline (888) 426-4435. Located in Urbana, Ill., it is staffed by 25 vets including five board-certified toxicologists, the hotline is available 24 hours a day, seven days a week.

Meanwhile, what can you do to protect children, pets and wildlife? When you change antifreeze, collect it and dispose of it properly.

If you spill a little, wipe it up and rinse the spot. Absorbing the antifreeze with kitty litter, then sweeping it up and placing in the trash, is a good alternative.

Even very small amounts of antifreeze can be fatal. Although four or five tablespoons can kill an average-size dog, walking through the antifreeze then licking its paws can kill a cat.

Jaguar Reminds Techs How to Prevent Settling of Coolant 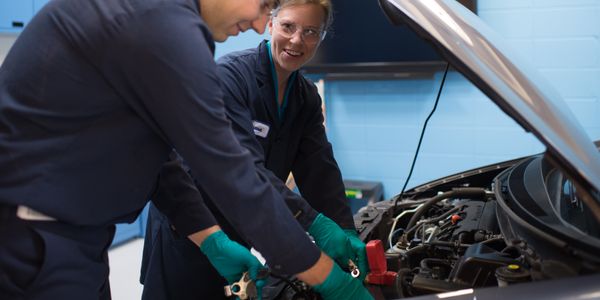